If you would like to explore the theory and practice of creativity and group collaboration there is an exciting opportunity to do so in a upcoming course offered through UBC.  The course Creative Collaboration offers practical advice and exercises on how to increase both personal creativity, and the creative output of teams – The theories and exercises can be applied to anything from creating a company human resources policy, to brainstorming new product and service offerings, to the conception of complex projects involving multiple disciplines.
You can expect to learn:
This course has a focus on sustainability but crosses the boundaries of discipline and industry, and is ideal for individuals who work in teams for idea generation, problem solving and design.  There is a discount for early registration until October 22 for this 18-hour course using the coupon code CREATES13.
Go to http://cstudies.ubc.ca/a/Course/Creative-Collaboration/UP734/  for more details and to register, or call 604.822.1444Course title: Creative Collaboration
Location: UBC Robson Square
Dates: Oct 29 – Nov 14, Tuesdays & Thursdays (6 sessions)
Time: 6:00pm – 9:00pm
Posted by Edge Consultants at 14:20 No comments: 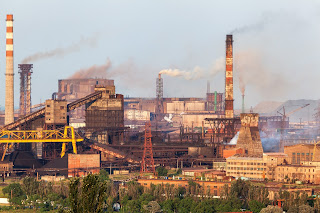 After my conversation in the spring of 2011 I began looking into the claim that hospitals and schools were paying into the private sector to make the BC government carbon neutral. In defence of the government it made some sense. If you are going to become carbon neutral you can’t just move carbon credits around your own organization. They need to come from outside of the institutions that are creating them. There is just something that feels wrong about taking school budget money and giving it to Encana and Ecosystem Restoration Associates. Plus I’ve never found tree planting or under-balancing drilling to be very credible carbon offsets. Most trees planted die (or take 50 years to sequester carbon) and anything to do with the oil and gas industry and carbon offsetting is something I meet with suspicion (perhaps unfounded, but there regardless).
So, that spring I wrote a letter to the auditor general stating my concerns. I received a very nice reply that they completed an audit of the Pacific Carbon Trust (the body tasked with spending public sector dollars towards carbon neutrality), and that they would complete one each year. Now I’m certain that I wasn’t the only one that sent them this information, so it was rewarding to hear this morning that they came out with the report that many of us who would have written the auditor general would have expected.
http://www.cbc.ca/news/canada/british-columbia/story/2013/03/27/bc-carbon-neutral-report.html
Now the timing of this is all very useful in light of the upcoming May election. It’s probably been known for many years that this was an issue. I have no problem with the politics of it (the issue being leveraged by the NDP), but I’m hoping that the NDP will be sensitive enough to the 2009 lesson of having their vote split to not completely abandon the issue of climate change for political gain.
There are still very credible ways to achieve carbon neutrality. In my opinion most of those have to do with renewable energy generation, but again that is a hot button political issue with BC Hydro’s claims of already being a climate champion with all their hydroelectricity. We should really look to what the province of Ontario has done with their FIT program (which is focused on renewable energy) to chart a true path towards carbon neutrality. http://fit.powerauthority.on.ca/what-feed-tariff-program
While the public will likely lose faith in the Pacific Carbon Trust within the coming month, it is my hope that they won’t throw the proverbial baby out with the bath water. World leading provincial carbon neutrality still matters. The carbon tax is still needed. As with all things complicated (like climate change) the devil is in the details.
Posted by Edge Consultants at 14:20 No comments:

So Many Lovely Fellows 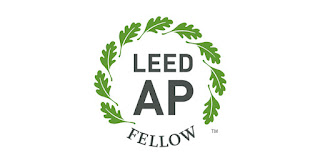 At the recent launch of Edge Sustainability Consulting we celebrated our very own Brenda Marten’s designation as a LEED Fellow. If you aren’t familiar with the green building designation there is nothing higher when it comes to showing someone’s green building knowledge in North America. Currently the systems starts with Green Associate, follows with Accredited Professional (with one of many specialities) and then only if you have 10 years of experience and are nominated can you become a LEED Fellow.
I was on the consultation committees when the USGBC was coming up with this three tiered system, and protested (along with many others) about the term “fellow” as the highest honour. “Have you ever noticed there seems to be more women in the green building movement than men”, many would say during the calls. It seems that these comments along with common sense fell on deaf ears at the USGBC. While we applaud the USGBC for many progressive steps they still have a long way to go on social issues.
How can such a progressive movement be so far behind when it comes to gender issues? Unfortunately, addressing social issues has generally been a weak point of the green building movement. A few years ago there were more LEED certified prisons in the U.S. than schools. For a long time (before the creation of Minimum Program Requirements) you could certify gas stations, and parking garages as green buildings. When it comes to LEED internationally there is little that address’ working conditions. This is something we take for granted in North America as a government responsibility but not something common in the fastest growing areas for LEED. In India where they have developed a green building rating called GRIHA http://www.grihaindia.org/ there is an entire section devoted to health and well being during construction.
Now with two women becoming the second batch of LEED Fellows in British Columbia (Teresa Coady from B+H and our very own Brenda Martens), it’s time to start advancing more than just environmental sustainability, and remember the reason that we are building this green building movement…people
Posted by Edge Consultants at 14:09 No comments: